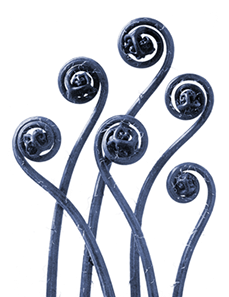 I was born in South African and grew up in a wonderfully multi-cultural and zany country. I did my schooling through the exciting times of the 1980s in Johannesburg.

I completed my training in Clinical Psychology (M.Soc.Sci.) at the University of Natal, Pietermaritzburg, South Africa in 2000.

I did my Clinical Psychology Internship year at the Midlands Psychiatric Hospital, also in Pietermaritzburg.

I was registered with the Health Professions Council of South Africa and was licensed in the category Independent Practice (Clinical Psychology) before coming to Kaiserslautern, Germany, the birth town of my spouse.

From mid-2000 until the end of 2005 I worked first as a house parent (Erzieher) then as a Clinical Psychologist with eight Conduct Disordered and ADHD adolescents in the motivation group ‘Windhof’ of the Christian Youth Villages Germany (CJD) Wolfstein, Germany. I was also involved in staff training there.

Then I took up position as Pedagogical Manager in a lock-up institution for severely conduct disordered, ADHD and delinquent youth for a further 6 years from 2006 until 2012. I was responsible for 16 beds in two lock-up facilities as well as 25 beds in three open facilities. Youth between 11 and 14 years of age are placed there via a Youth Bureau employee in conjunction with Court Orders passed down from the Family Courts. My responsibilities included managing and training the 55 staff members as well.

From 2004 – 2007 I worked part-time as a psychotherapist with American clients (adults, children and adolescents) in a psychotherapeutical practice in Kaiserslautern.

In July 2007 I opened up my own independent Psychotherapy Practice in Kaiserslautern, catering to English-speaking clients from various nationalities  living in the KMC.

In 2007 I received the Tricare Preferred Provider accreditation, signing a Memory of Understanding (MOU). Tricare is now represented by International SOS (ISOS) and I have signed a Mutual Cooperation Protocol Agreement with ISOS.

I am licensed to practice psychotherapy in Germany according to the Law of the Occupation of Healing without Approbation (Law about healing practices) "Gesetz über die berufsmäßige Ausübung der Heilkunde ohne Bestallung (Heilpraktikergesetz).”